Haha. An american friend of mine thought I was singing I’m a baby sea tuna instead of “I’m on BBC2 now.” https://t.co/cP3kAMtwgK

If you’re around at 6pm Eastern, or whatever time elsewhere, do attend these listening parties. I listened to the Franz Ferdinand one last night. The Blur one is in minutes.

Now then. A friend asked if I heard Kenny Rogers died. This inquiry was not idle, for in college I was in a band that covered “The Gambler.” (Our version was, ahem, irreverent, and the less said the better.)

I didn’t much think about Mr. Rogers until, a few years later, I heard the b-side of Supergrass’ estimable “Alright.” It was a cover of “Just Dropped In (To See What Condition My Condition Was In).”

He also recorded my favorite duet. Just listen to the harmonies in the chorus. Your tie would be askew too.

I watched the film Hired Gun, about session musicians. As this review accurately puts it, “two sorts of audience member are especially well-served here: metal heads and devotees of Billy Joel.” It kept my interest nonetheless.

Certainly, in the topsy-turvy world of heavy rock, I was not shocked to learn that one can go directly from playing for Vince Neil’s band to Hilary Duff’s. Frankly, I was more surprised to learn of Toto’s involvement with Michael Jackson’s “Beat It.”

This, though. Late in the movie someone mentioned Kip Winger, speaking highly of his musicianship. I had only known him as Winger, an 80s hair metal act. So I got on Wikipedia and was utterly shocked to learn this:

At age 16, Winger began studying classical music after hearing the works of composers such as Debussy, Ravel, and Stravinsky in ballet class. At that time he sent a demo tape to Alan Parsons, from whom he received a personal reply. Years later, when Winger was chosen to be the lead singer of The Alan Parsons Live Project, he presented Parsons with that letter from 30 years prior.

PS Spinal Tap talked about writing a Jack the Ripper musical, but Winger went and did it. 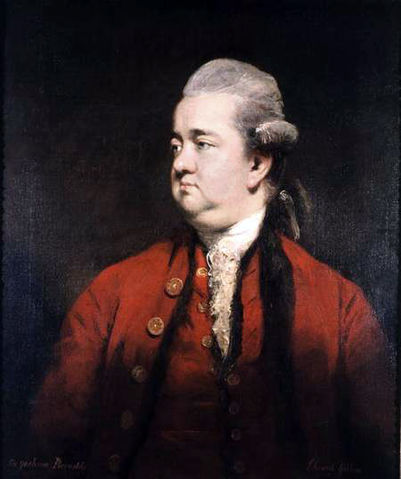 In the fourth year of the reign of Donald Augustus, when plague overtook his subjects, some purchased motor-wagons whose girth comprehended beyond the fairest part of their stables. 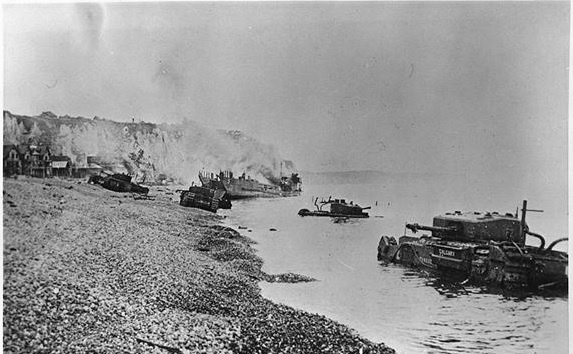 By the morning’s end, the survivors were ordered to retreat. Mr. Cinq-Mars helped another wounded soldier onto a landing craft. “I grabbed the chain to pull myself up. Then five or six guys came running from the beach; they banged my head and pushed me underwater and then the boat started to back up and I was left there.”

That’s from the obituary of Jacques Cinq-Mars, who took part in the disastrous Dieppe raid. (Think: Saving Private Ryan except they don’t make it off the beach.)

Mr. Cinq-Mars, who became a legendary Montreal police detective, inspired a series of crime novels. Frankly, I think Quentin Tarantino should make Jackie Cinq-Mars, in which the POW returns home, tracks down those guys, and makes each eat poutine.

Also, Cinq-Mars is a terrific surname and I wish it were mine. 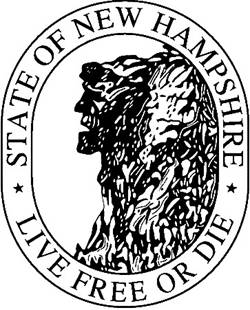 The state of affairs having displeased me, I drove up to New Hampshire on Sundays to volunteer for one of the candidates. This was my most substantive engagement with a presidential campaign since reading What It Takes.

On my first afternoon, I walked in and introduced myself to another volunteer. Amiable guy, and we talked for a bit. Then an organizer put me to work writing postcards. I was bashing them out when I overheard him say to the volunteer, “Anyway, that’s crazy about you and First Reformed.” I curiously looked up, for I’d seen this movie only recently. The organizer said, “Yeah, this guy was in it!” And I instantly recognized the actor. He told me Paul Schrader filmed it in two-and-a-half days, and that all the church scenes were filmed in one morning.

On a later visit I got chatting with another volunteer. He was a retired airline pilot, and mentioned that he’d flown tankers in Vietnam. I told him my old man worked on the tanker line at Boeing in the 1950s. He said he was sure he’d flown some my dad built, because some of the ones he flew were “pretty damn old.” He also told me he flew the last tanker out of Vietnam.

I mentioned to a friend from NH that I was volunteering, and he said, “Oh, we just love people from Massachusetts coming up and telling us how to vote.” I replied I’d be a humble [colloquial term for Commonwealth resident] and pause frequently to ask if I were using too many multi-syllabic words.

I have lots more stories, but will close instead with this observation. It all reminded me a bit of my week of jury duty, when I came away impressed by the process and the seriousness and skill with which people carried out their duties, yet marveled at the disruption to dozens of lives caused by one theft. This time round I kept thinking: Seriously? This is what people go through every four years? Because it’s kind of bonkers.

The other day I remarked to a colleague that because I’m teaching English, History, Science, and Math, I feel like a polymath, or at least the 6th grade version of one. Look on my adequate integration of knowledge and understanding, ye Mighty, and despair! 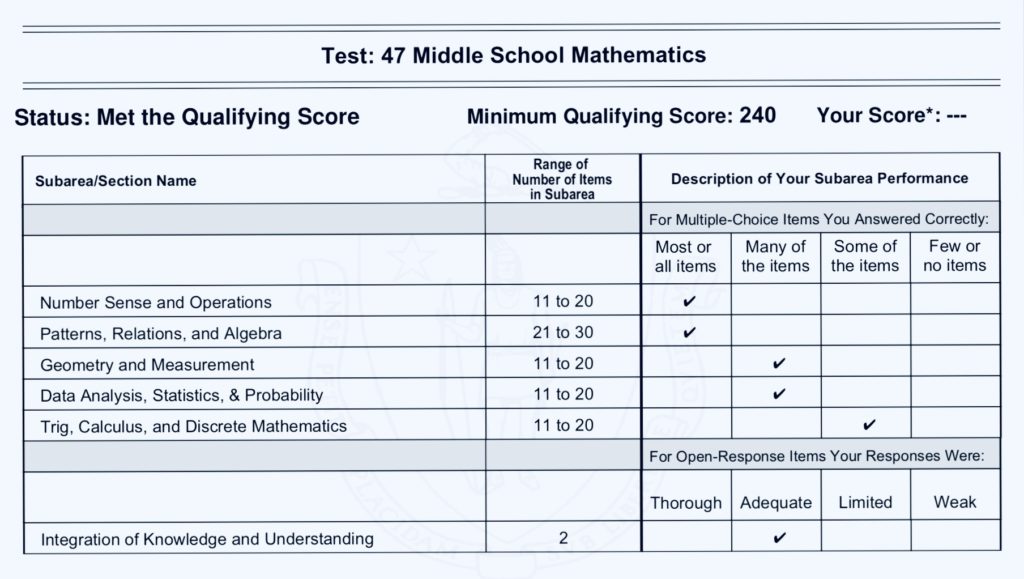 A while back I read a biography of Paul McCartney. The author recounted how, in some social interaction or other, Paul had tried to imitate “the polymath Jonathan Miller.” I figured this was some British thing and forgot about it until later the author again mentioned him trying to imitate Miller. So I looked him up. Dude was indeed a polymath. As his obit states, “he was a medical doctor, with a special interest in neurology; he occasionally left the theater to practice medicine.”

The only thing I knew about John Ruskin was that he was a critic. (Well, I’m also acquainted with a certain anecdote, but propriety forbids recording it here.) So I picked up John Ruskin: An Idiosyncratic Dictionary, in which I learned that the town of Sheffield had asked him to contribute items from his own collection to their new museum. Note the grace with which he handled the request:

My ‘museum’ may perhaps be nothing but a two-windowed garret, but it will have in it nothing but what deserves respect in art and admiration in nature. A great museum in the present state of the public mind is simply an exhibition of the possible modes of doing wrong in art, and an accumulation of uselessly multiplied ugliness in misunderstood nature. Our own museum at Oxford is full of distorted skulls, and your Sheffield ironwork department will necessarily contain the most barbarous abortions that human rudeness has ever produced with human fingers.

I went to a Girl Scouts meeting and learned a new song. It goes “Make new friends, but keep the old; one is silver and the other gold.”

Then I read this in the Wall Street Journal: 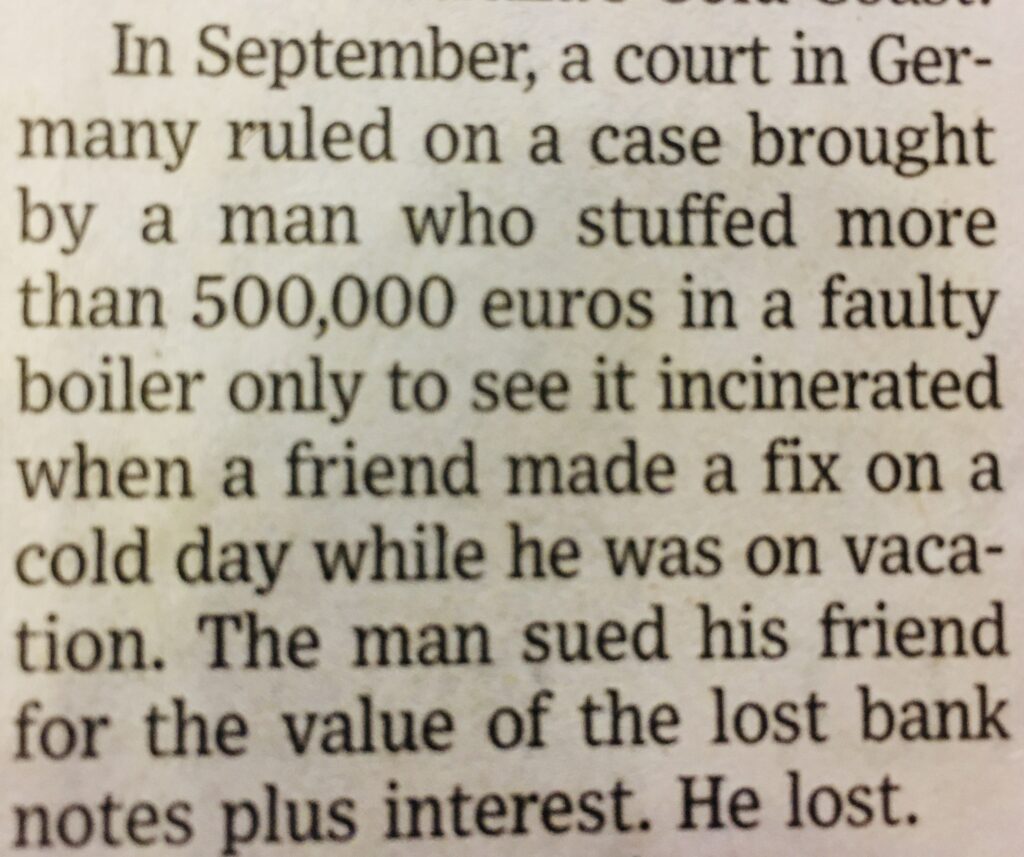 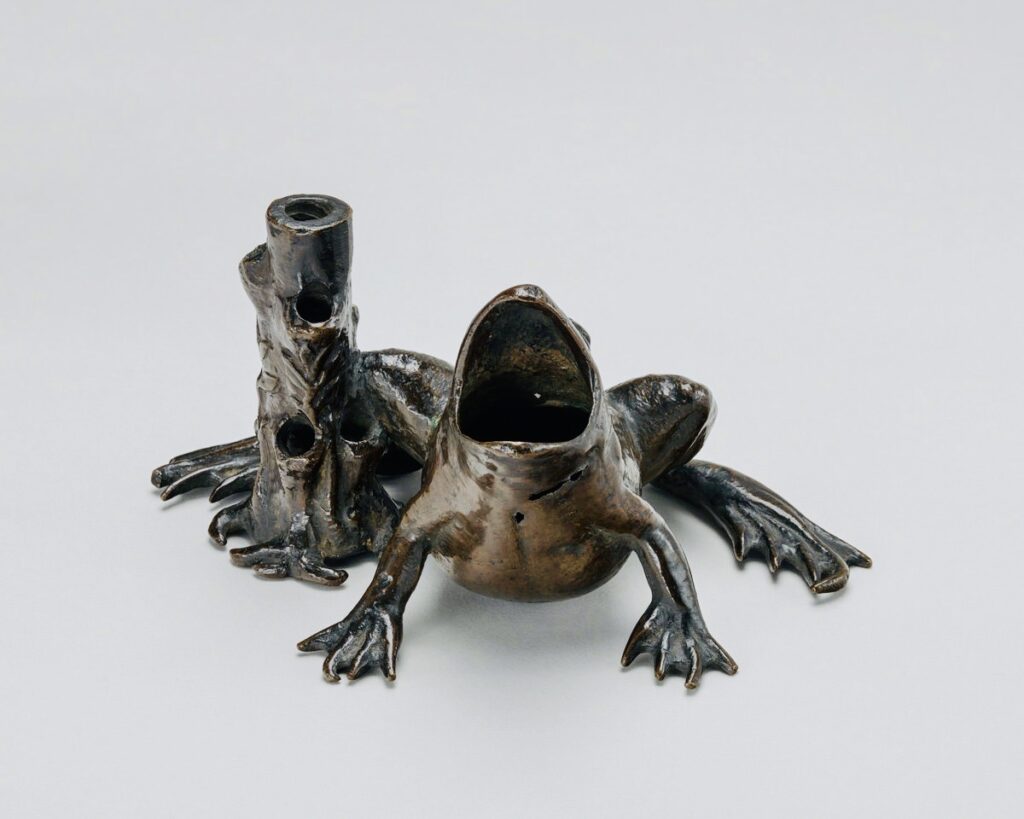 Our school recently took the Look Up Challenge. This reminded me of a previous such challenge.

I was at the National Gallery of Art admiring a collection of inkstands when the guard came over. Now, usually when museum guards approach me, it’s to hassle me about my cleats or cigarette. So I had to ask her to repeat her query.

So I did and lo! there was a painting on the ceiling. Totally would have missed it otherwise.

Happy New Year, all. Hope things, and you, are looking up.