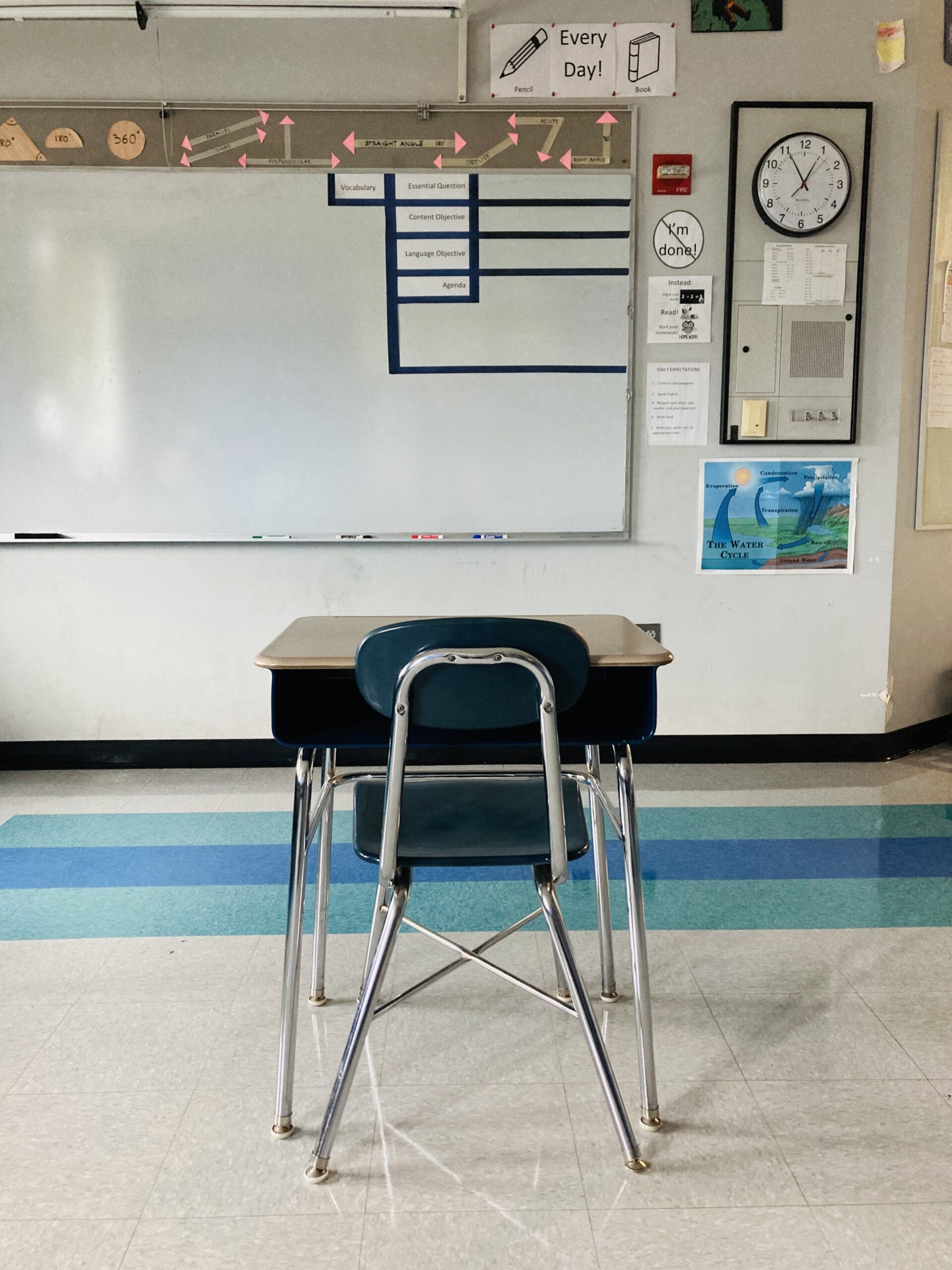 There’s a French term, le rhythme scolaire. Predictably, it’s more elegant than its English translation. I like it because it sounds like a dance or something. Also, it calls to mind circadian rhythm.

Monday found me back in the classroom for the first time in six months. I’m back with a few other teachers, and students who are in the high-needs category.

It’s a strange experience. Most of the classrooms are empty. You see March dates on sign-out sheets. I keep having to ask students to speak up, what with the masks and the ventilation system.

It feels good to be back. It was really hard trying to teach remotely kids who don’t speak English. Now that we’re in the classroom together, I can solve in seconds problems that would have taken hours just to diagnose. (You try and figure out someone’s login issue when you can’t see what they’re doing, and don’t speak their language.) It’s like being a pianist allowed to face the keyboard and take off the oven mitts.

My rhythm scolaire isn’t biologically hardwired like my circadian rhythm, but it might as well be. I’ve spent almost four decades going to school, either to sit at desks or stand before them. Being away for six months really threw it out of whack.

Speaking of the Commonwealth, I’ve got a story about the Registry of Motor Vehicles. This was also back in February, but my fear is that what with the subsequent pandemic, my inconvenience may have gone unremarked.

It happened like this. I bought a used car off a friend, and went in to transfer the title. But the friend had written the mileage on the wrong line. I was told that I’d have to obtain from her a notarized letter that she did so in error. So I went and got that – which was, believe me, no bagatelle – and returned that afternoon.

I did not know how to reply. It seemed to me this declaration would be acceptable only in a philosophy seminar. But I stood there and nodded slowly, hoping to convey both that I recognized the import of what she said, and that I was a simpleton in need of charity. Happily, instead of dismissing me again, she sent me to a computer terminal to print out the necessary proof.

Once there I was of course promptly flummoxed, and sought the assistance of another employee, who, after informing me that my previous interlocutor didn’t know what she was talking about, bade me take a number and sit. An hour later I was out with the necessary documents.

I was reminded of this passage in Joseph O’Neill’s estimable Netherland, about a trip to the Herald Square DMV that concludes less satisfactorily:

END_OF_DOCUMENT_TOKEN_TO_BE_REPLACED 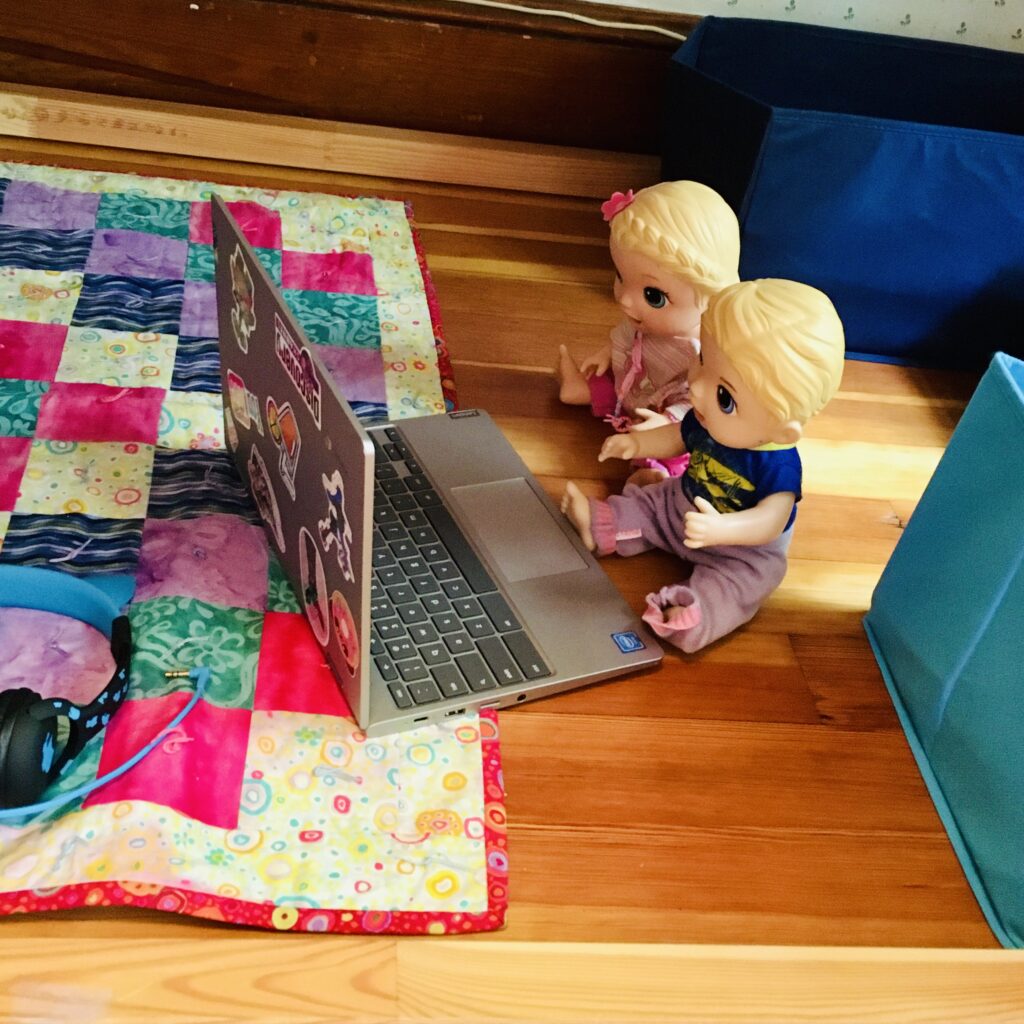 “There are some imaginary solutions, but no real solutions.”

I heard him say that a while back and thought “By George, he’s got it!” It was in a lesson on finding zeros of polynomials, but his conclusion does have a broader validity, no?

If you too are stressed about the lack of solutions for the impending school year, read this interview. (For additional soothing, imagine his voice.)

The above photo is from my homeschooling in the spring. I’d left the twins alone to make them lunch and when I came back, they merrily told me their dolls were on Zoom. Pete wept.

END_OF_DOCUMENT_TOKEN_TO_BE_REPLACED

Now and then my mailbag fills with queries à la “O! Pete! How might I, like you, increase the brotherhood of man?” Three practical steps follow.

Get a spare baseball glove. Playing catch is satisfying and socially distant amusement. 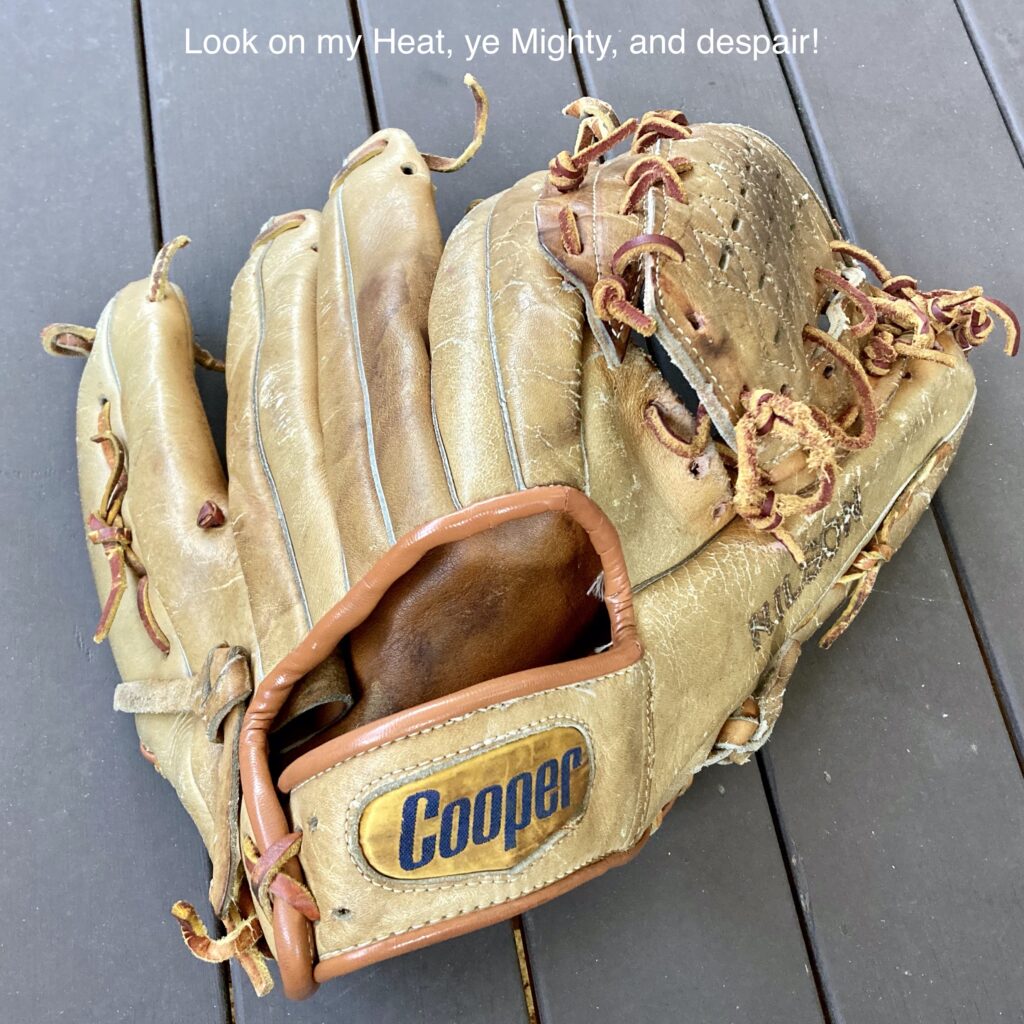 Every 15th of the month, meet up with your local friends. Everyone’s always busy, and spontaneously trying to organize a night out requires a Cray. So, instead, just pick the 15th*, and you/your friends either make it or don’t. I say from experience that after a few months you’ll have seen your friends more than you’ve seen them in the preceding year.

If quarantine has shown you anything, it’s that the interior of your residence needs improvement. The estimable William Schaff can help. He’s got a new website and store: https://williamschaff.com

* Obviously the date doesn’t matter; it’s the consistency that’s important. I chose the 15th because seeing them, I told my friends, was equally dreadful to filing taxes. Funny! Anyway, I stole the idea from this article. Can’t match the proposed ‘Every Wednesday,’ but I do admire it.

I don’t know if it’s the pandemic or what, but the above tweet had some resonance. (NB in the Walter Mitty sense; I have neither the interest nor, probably, disposition to be an assassin.)

I’ve been working on a short story and remain displeased with the opening sentence. It’s fine and all, but it ain’t this:

It is cold at 6:40 in the morning of a March day in Paris, and seems even colder when a man is about to be executed by firing squad. 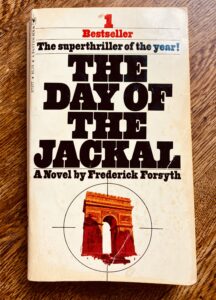 PS I got my copy of “The superthriller of the year!” at the Havre Book Exchange. I bet brand new, though, it started out in a spinner rack. Remember those? Here’s the unhappy tale of how they were coldly executed. 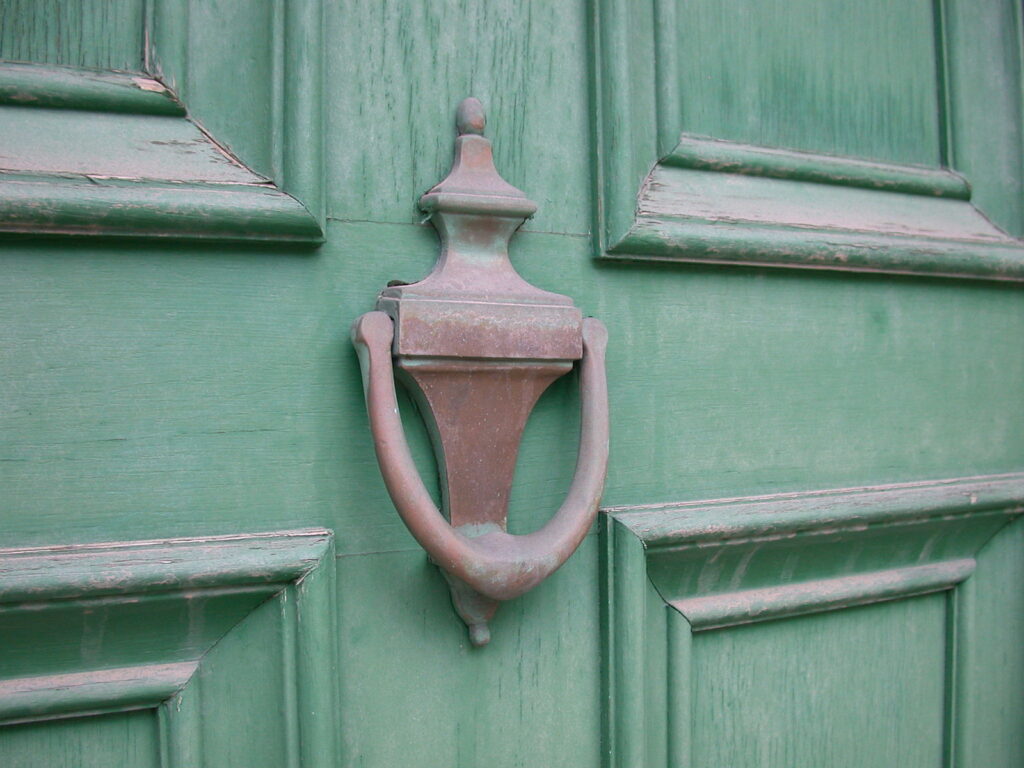 “Tell me I’m not your man from Porlock. I’d never forgive myself.”

I read that in David Mitchell’s Utopia Avenue and was like: huh? So I looked it up. Jeepers!

Shared it with my friends, and one one of them, Jim, proposed the term be employed à la Good Will Hunting badinage, e.g. “I was working on my proof when @#&$% Captain Porlock here…” 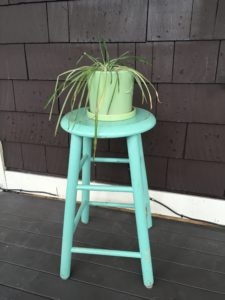 When I first started teaching, I received the gift of a plant for my classroom. It joined me from school to school, from Washington State to New York State to the Commonwealth of Massachusetts. Then, when my dad went into an old folks home, I moved it to his room, where, after a few months, it died. As I put it in the dumpster, I hoped there was no metaphorical significance.

A few years ago a colleague gave me her classroom plant, for she had found a new job. Funny story about this colleague. One time a condolence card was being passed round, and she wrote I am sorry for your loss! I suggested this sentiment could perhaps be better conveyed unexclamatorily. Thereafter, when she’d ask me for help, I’d say stuff like I was busy writing lyrics to the musical “I Am Sorry For Your Loss!” No, I don’t know why she found a new job either.

Anyway, I stupidly forgot to bring the plant home with me for the quarantine. When they let teachers back into school for an hour last week, I prepared to find its corpse. (Again, metaphorical significance was unhappily considered.) But by golly, it was alive! This quite cheered me. Although, in the event, I did have the perfect text to send that colleague.

Now that the weather is less ghastly, I’m going to get out for a bit. See you in a few months. Be well.