My latest short story, “The Fix,” has been published in Fauxmoir. It is, indisputably, among the better sub-600-word tales of eavesdropping in Eritrea in the 1960s.You can read it here. 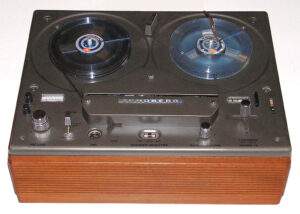 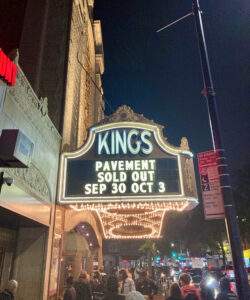 In the late 1990s I became smitten with a Welsh psychedelic pop band, the Super Furry Animals. I first saw them in Boston, then a couple years later in Seattle, where I’d moved, and then a few times in New York City, where I’d moved again. I’d stand in the crowd and imagine a conversation with the band, catching them up on what’s new: Hi fellas! Life sure has changed since last we met! I’m living here, dating her, working there…

Don’t act like you never think weird stuff too.

On Saturday I went down to Brooklyn to see Pavement for the first time in twenty-eight years. I didn’t even know where to begin, imaginary conversation-wise.

Below are comments on the band and the show. They may be of cascadingly diminishing interest to those not into Pavement, so be advised before clicking through. Either way, if you don’t know Jim Pepper’s magnificent “Witchitai-To,” click on that. It was their encore closer, and my new favorite song.

END_OF_DOCUMENT_TOKEN_TO_BE_REPLACED

This summer, man. Strikes and gutters, ups and downs.

It was the kind of summer that had me contemplating breaking glass on The Emergency Plan, but then I read this: “… nearly all of the people I served with were unfulfilled in their expectations of the whole affair, myself included.” 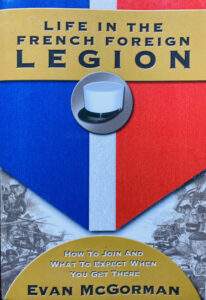 No kepi for me!

I was also saddened by Paul Ryder’s death. He was the bassist of the Happy Mondays.

I’ll spare you the (boring) explanation, but I had a miserable senior year of high school. At night I’d put Pills ‘n’ Thrills and Bellyaches into my Sports Walkman and go for long runs. It was a reliable tonic.

A year later he taught himself to play the bass guitar. In his untutored style, he referred to the instrument’s strings simply as “the fat one, the thin one and the one down from the fat one”…

… it was Paul who came up with the name Happy Mondays. After signing on the dole on a Thursday, his benefit giro was supposed to arrive on Saturday morning but seldom came until Monday.

My friend Ben said in our chat group that the Happy Mondays might be even better than the Smiths. I was all: Dude. You know the penalty for blasphemy. It is only in deference to your grief that I stay my hand.

But I will say this. If you’d like me to be quiet and stare off into space for several hours, ask me if I’d rather see the Smiths in their prime, or the Happy Mondays in theirs.

Lastly, shoutout to the lady on the Charlotte – Des Moines flight who, seeing Twin 1’s silent meltdown at not being seated next to me, readily switched places (to a middle seat, no less). She was awesome, instantly. Let’s be like her.

Alright, back to school, back to work. Be well, Gentle Reader.

* When the twins were little I would merrily sing at their bathtime, “We all learn to wash at the scrubbers club, where we wring out the dirt with rub-a-dub-dub!”

The Mercatus Center very generously gave me a grant to create a curriculum for my obituary project. Now I have to go write it. In solidarity with that intention, I am going to stop writing blog posts.

Say. Did you know Henry Heimlich (he of the Maneuver) was an Army doctor behind Japanese lines in the Gobi Desert? Or that Bette Nesmith Graham – mother of the Monkee in the wool hat – invented Liquid Paper in her kitchen blender? Or that Ethel Johnson’s children learned their mother was a professional wrestler when they saw her on TV?

You’d know all this if you checked out @passed_present, where there’s an interesting obituary posted every day.

So long, folks. Be well. Or at least don’t include yourself on that feed.

I was flipping through an art book and saw a trio of photographs that really dismayed me.

I could tell right away it was Ai Weiwei. I don’t know much about him, but enough to know he wasn’t playing around with the title: Dropping a Han Dynasty Urn.

I’ll listen to whatever explanation, and I’m willing to accept there may exist a good one, but jeez. The Han Dynasty ain’t making any more.

And get this. The photographer missed it the first time, so he had to drop a second one.

Honestly? That’s better performance art, if you’re going for that kind of thing: The Guy Supposed to Photograph Me Dropping a 2,000-Year-Old Urn Totally Whiffed.

Reminds me of K Foundation Burn a Million Quid. This was by the KLF, a wacky music duo, and it happened in 1994. I remember at the time reading about it in one of the British music magazines and thinking it must be an act.

Apparently they did indeed burn one million pounds sterling, but then had trouble convincing everybody that they had done so.

Not long after graduation, way back when, I was talking to a friend’s dad about my job hunt, and he said, “Looking for a job is a soul destroying experience.” He said it in that way you’d say something serious but intended to be amusing, so I chuckled. I’ve since had ample opportunity to consider how unamusingly correct he was.

Some folks I know are looking for jobs, so I thought I’d share these aperçus from my last job search.

I went to get my Nice White Shirt from the cleaners, and the guy said it wasn’t ready yet. “What are you going to do?” I asked.

I guess my default snarl evoked Tony in some other situation, because the guy started talking about how he could call the supervisor etc. And I was like: Dude, don’t worry about it. I’ll just come back tomorrow.

The interview was in a few days, and the cleaners was around the corner, so it really was no big deal. I returned, got it, and indeed looked sharp.

The interview was at a high school in a neighborhood of Boston that I’m not familiar with. I walked in and was immediately and paradoxically disoriented because the interior seemed uncannily like the high school I’d attended a quarter-century before, in a different Boston neighborhood, and to which I’ve not yet returned.

I got to the room for my interview, and there were a whole bunch of people around the table, and the principal asked me which job I was applying for. I said: I don’t know.

The principal started laughing, and not in a “Why, this fellow is the very soul of wit! Let us hire him at once!” way.

(I had, you see, heard that in interviews it’s important to say “I don’t know” when you’re asked a question you don’t know the answer to. I’d applied for two open positions. I was happy to take either. In retrospect, I should have answered differently.)

The other thing I remember about the interview is that I was queried with some persistence and specificity about what I’d do if a fight broke out in my classroom. Even to someone as generally obtuse as I this seemed like a red flag.

Anyway, I didn’t get a callback.

A couple weeks later I had an interview in Cambridge, and it was such a nice day that I decided instead of switching trains I would get off and walk. Mistake. 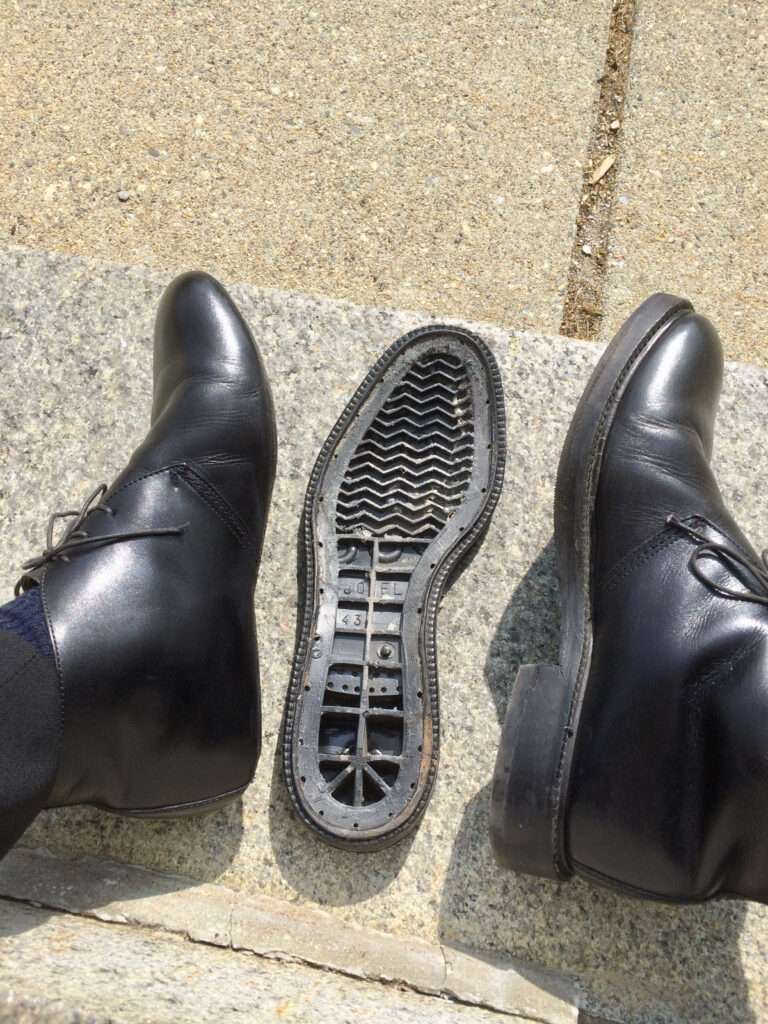 I can’t say I found it as funny as she did, but I am grateful to the the secretary, who gave me some clear packing tape.

For some reason I didn’t get that job either.

I saw Nick Cave the other night at the Wang Theatre. He asked the audience if Boston was a worthwhile place to live. He said his son wanted to know, so he’d promised to inquire. He then handily narrowed the crowd’s responses from “best place in the world” to a considerably less inaccurate “best place in New England.”

About a quarter-century ago I saw Morrissey down the road from the Wang at the Orpheum. There are two things I remember vividly.

First was – and you must please remember, this was before it was standard for him to perform Smiths songs – the opening chords to “Paint a Vulgar Picture.” I clapped so hard the clasp to my watch came undone.

Second, in between songs, he was pacing the stage and stopped. “Is it nice to live in Boston?” he asked. The crowd responded variously. He continued pacing. Then, in full arch Morrissey mode, he stopped again. “Is it very nice?”

In his set Nick covered “Cosmic Dancer.” What is it with that song? It does it for me neither musically nor lyrically (What’s it like to be a loon / I liken it to a balloon is straight-up David St. Hubbins). But Morrissey covered it back in the day, too. Maybe they both had formative experiences watching The Pop-Rock Combo Programme or something.

Here’s Morrissey and David Bowie duetting on the d–n thing.

It’s been a week since masks became optional at our school, and I want to record my impressions before things go back to normal – right? – and we forget all this.

First, it felt improper to walk into school without a mask. The best approximation I can think of would be walking in barefoot.

Second, I am mildly thunderstruck at how different some kids look. A few I didn’t recognize. It is really something, how much of a face the mask covers.

Third – and I say this as someone who thinks you should get vaccinated and wear masks when doctors tell you to – it is delightful not to have to wear a mask. Masks are an almighty pain in the ESL class. It’s hard to hear the kids, and the clear plastic screen on the mask I wore – so that they could see my mouth – was a biodome for my breath. If you think your breath isn’t bad, go wear one of those daily and then we’ll talk. At ten paces.

Lastly, I remember, back when masking was initially being discussed, thinking: Listen. I’ve been teaching for two decades. I am here to tell you that if you think you’re going to get middle schoolers to wear masks every day, then… (etc & etc). I was totally wrong. They did great.