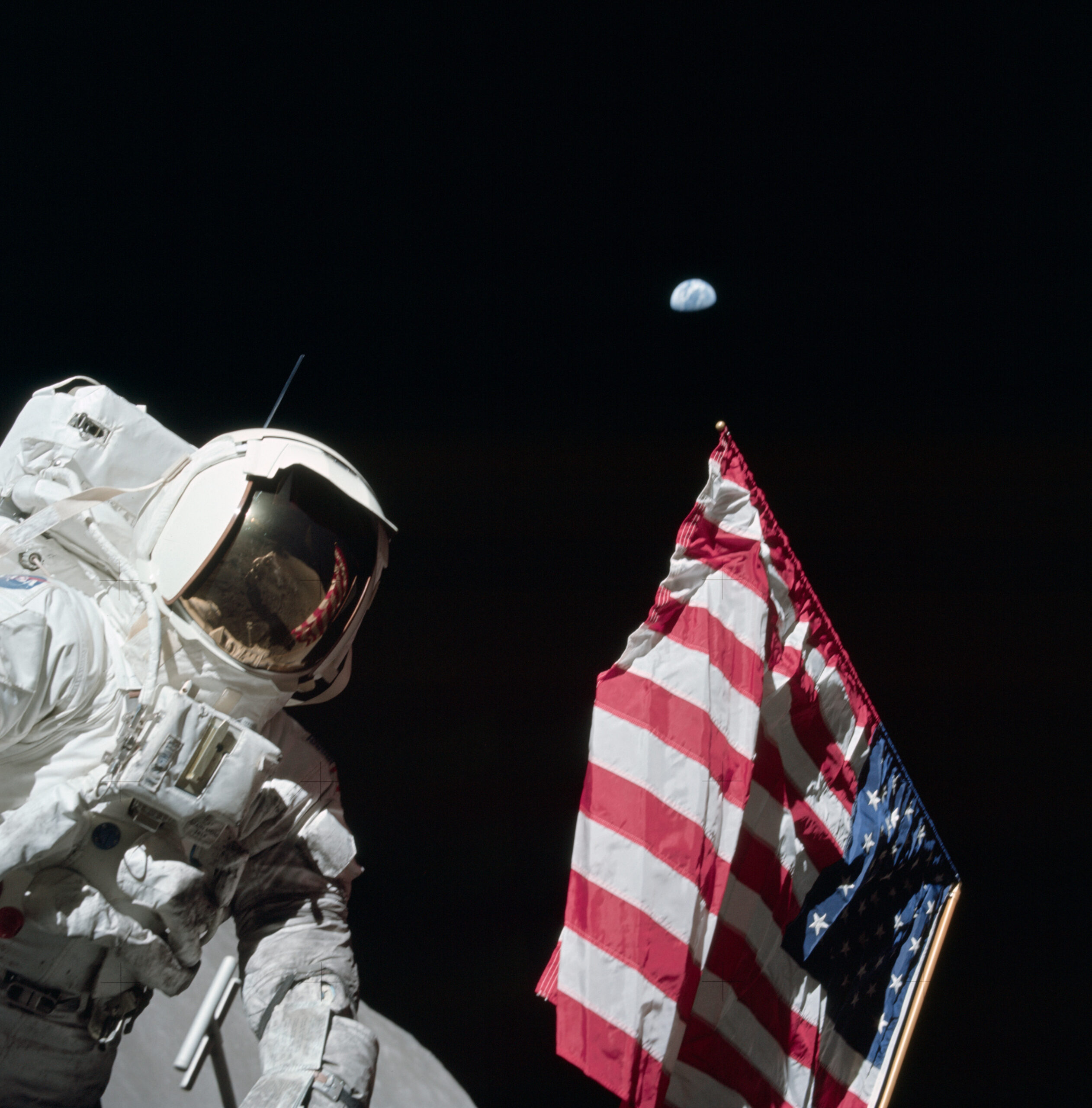 John Noble Wilford knew that he was writing one of the most important stories of the century: The first human landing on another world. His article — for the front page of The New York Times on July 21, 1969, needed to begin with a sentence that conveyed the immensity of the moment. And so, after the launch on July 16, but before the landing, he spent a sleepless night trying to come up with [this] opening sentence, known in the journalism business as a lede: Men have landed and walked on the moon.

– The Story of 8 Unforgettable Words About Apollo 11

I got around to reading Jill Lepore’s These Truths: a History of the United States. It’s good, but that’s not my point. My point is this: nowhere in its 933 pages will you find the moon landing. Nor the Apollo program. Nor anything, really, about America in space. I find this incredible.

(NASA is referred to briefly in describing the federal role in science research. Which… Yes…)

Obviously, if you write such a book, you’re going to have to pick and choose. Still. Alex Jones is mentioned four times. John Hinckley twice. Linda Tripp once. Neil Armstrong? Nope.

I’m an Apollo fanboy, so it’s an affront. But I’m also a history teacher, so I find it genuinely curious. Imagine the responses you’d get if you went back to July 1969 and asked historians and journalists – or hell, anyone – if it would ever be possible to write a good history of the United States with such omission.

Perhaps Mr. Wilford is to blame:

Another thing he did not want was “to have ‘historic’ in the lede,” he said. “It’s a lame way to say something is important.”