Earlier this year I volunteered for a primary campaign up in New Hampshire. On occasion I’d chat with other volunteers about the state of the race. We were, obviously, all in for our candidate, but we also were – or appeared – able to analyze the race with dispassion. The consensus was that the race was a toss-up, and it might well go down to the convention.

And whenever Joe Biden was mentioned, we’d solemnly say it was a shame he had to go out like this.

A few days after the 2016 election, I picked up an iPad and found the browser open to this: 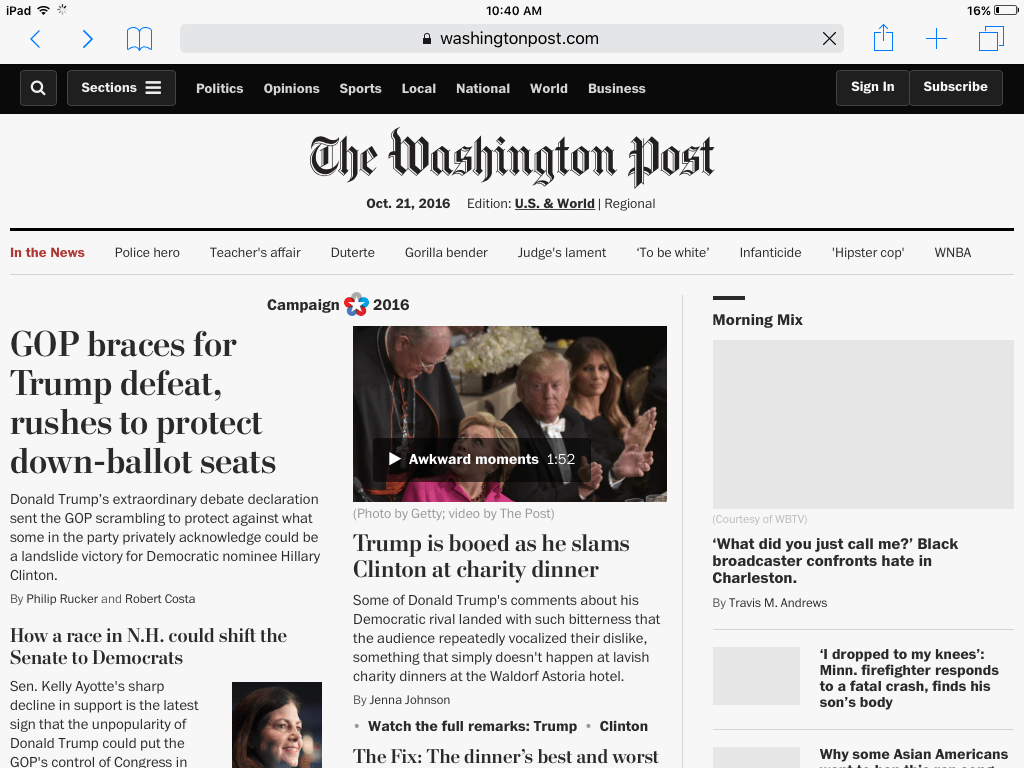 One of my many regrets about the 2016 election is the time I spent following it. Boy, did I read a lot of articles, and listen to a lot of podcasts, about how Trump wouldn’t win. All that came to mind when I saw this the other day: 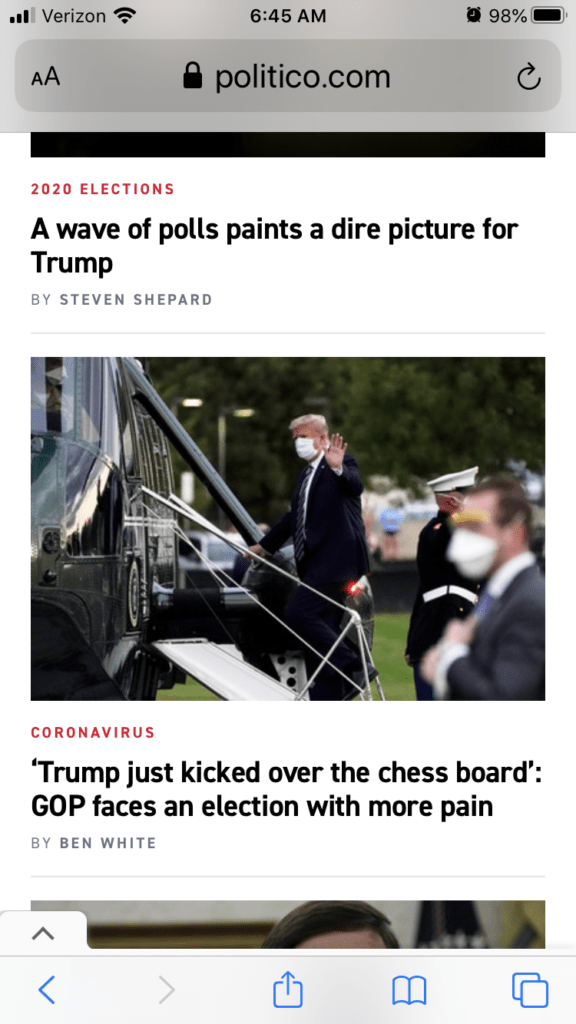 Whatever surprises await, I leave you with my favorite headline of the 2020 campaign. 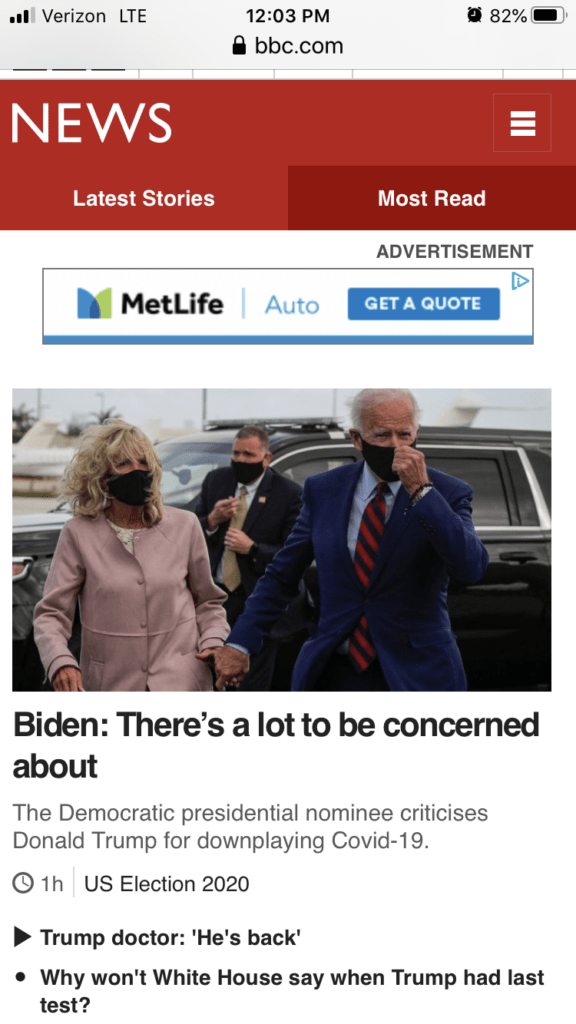