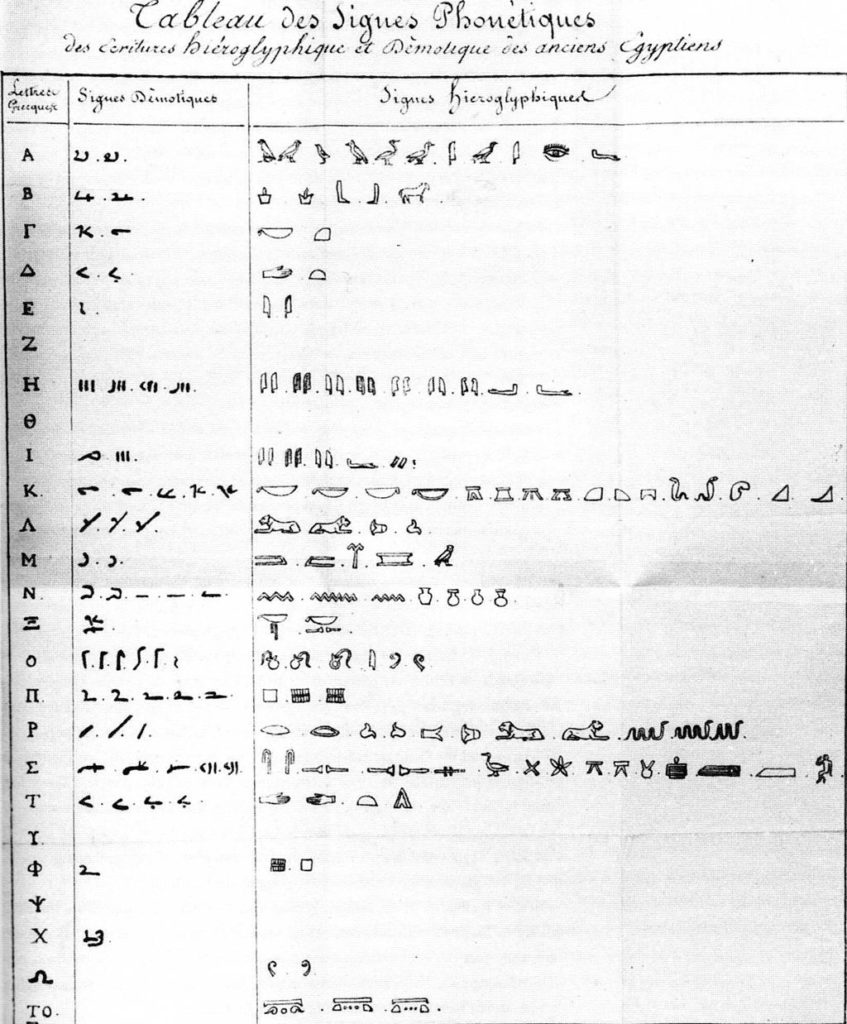 … [Jean-François] Champollion had been fascinated with the ancient Near East; he had a gift for learning languages and went on to study, among others, Hebrew, Arabic, Persian, Aramaic, Syriac (a form of Aramaic), and even Chinese. But his passion soon became Coptic, the language still spoken by a religious minority in Egypt. During his early studies at Grenoble, Champollion had made the acquaintance of a Syrian monk who had spent time in Egypt. The monk reported favorably the Copts’ own claim that their language was actually a later form of the now-lost language of ancient Egypt; he urged Champollion to study that language as well. The young man followed this advice and soon authored a paper offering evidence in support of the Coptic-is-ancient-Egyptian hypothesis, which he submitted to the Academy of Grenoble in 1807. He was sixteen years old.

– How to Read the Bible, James Kugel