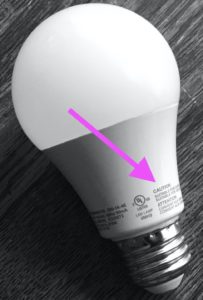 This teacher intends to write “The Ballad of Draper James.”

2. Apart From That, Mr. Easterly

Part of my youth was misspent studying economics. I remember this one class in development economics where I barely passed the final. The professor wrote in the blue book that it was a shame I didn’t understand the subject, because I wrote well (he was certainly correct about the former). It all came back to me – it being my confusion – reading this:

There is simply no accepted recipe for how to make poor countries achieve permanently high growth. Even the experts seem to have accepted this. In 2006, the World Bank asked the economist Michael Spence to lead a commission on economic growth. In its final report, the group recognized that there are no general principles for growth and that no two instances of economic expansion are quite alike. [Economist William] Easterly described their efforts in less charitable terms: “After two years of work by the commission of 21 world leaders and experts, an 11-member working group, 300 academic experts, 12 workshops, 13 consultations, and a budget of $4m, the experts’ answer to the question of how to attain high growth was roughly: we do not know, but trust experts to figure it out.”

And here’s Pierre Bezukhov in War and Peace, evaluating his aid program:

The southern spring, the comfortable rapid traveling in a Vienna carriage, and the solitude of the road, all had a gladdening effect on Pierre. The estates he had not before visited were each more picturesque than the other; the serfs everywhere seemed thriving and touchingly grateful for the benefits conferred on them. Everywhere were receptions, which though they embarrassed Pierre awakened a joyful feeling in the depth of his heart. In one place the peasants presented him with bread and salt and an icon of Saint Peter and Saint Paul, asking permission, as a mark of their gratitude for the benefits he had conferred on them, to build a new chantry to the church at their own expense in honor of Peter and Paul, his patron saints. In another place the women with infants in arms met him to thank him for releasing them from hard work. On a third estate the priest, bearing a cross, came to meet him surrounded by children whom, by the count’s generosity, he was instructing in reading, writing, and religion. On all his estates Pierre saw with his own eyes brick buildings erected or in course of erection, all on one plan, for hospitals, schools, and almshouses, which were soon to be opened. Everywhere he saw the stewards’ accounts, according to which the serfs’ manorial labor had been diminished, and heard the touching thanks of deputations of serfs in their full-skirted blue coats.

What Pierre did not know was that the place where they presented him with bread and salt and wished to build a chantry in honor of Peter and Paul was a market village where a fair was held on St. Peter’s day, and that the richest peasants (who formed the deputation) had begun the chantry long before, but that nine tenths of the peasants in that villages were in a state of the greatest poverty. He did not know that since the nursing mothers were no longer sent to work on his land, they did still harder work on their own land. He did not know that the priest who met him with the cross oppressed the peasants by his exactions, and that the pupils’ parents wept at having to let him take their children and secured their release by heavy payments. He did not know that the brick buildings, built to plan, were being built by serfs whose manorial labor was thus increased, though lessened on paper. He did not know that where the steward had shown him in the accounts that the serfs’ payments had been diminished by a third, their obligatory manorial work had been increased by a half. And so Pierre was delighted with his visit to his estates and quite recovered the philanthropic mood in which he had left Petersburg, and wrote enthusiastic letters to his “brother-instructor” as he called the Grand Master.

“How easy it is, how little effort it needs, to do so much good,” thought Pierre, “and how little attention we pay to it!”