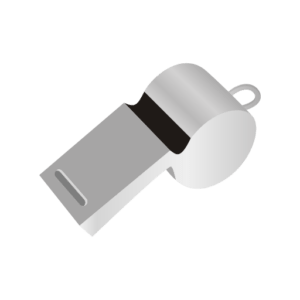 “There are other reasons why officials are quitting, but there’s one consistent theme: a total breakdown of respect.”

– “There’s a Shortage of High School Game Officials in Massachusetts, and Abusive Fans Are at Fault,” Boston Globe, November 1, 2019

I have a colleague who refs, and I asked him if he’d read the above article. He gave me a weary look and said: “I don’t need to read about it.” He then told me about the verbal abuse he’d received the night before. It was quite something.

I’ve become interested in officiating for two reasons. First, I listened to Michael Lewis’ podcast, Against the Rules, about the growing lack of respect for referees, both in sports and beyond. Second, this autumn, after decades of absence, I returned to organized sport – slow pitch softball, that is. In accordance with my fielding ability I was assigned catcher, so I spent a lot of time next to umpires. The experience left me with considerable respect for what they do. I mean, you go bring your total focus to some drizzly field on a Monday at 9:15pm in October.

A guy I used to teach with also works as a referee, so I asked him what he’d recommend to improve matters. He sent the following response, which, on the condition of anonymity, he graciously agreed for me to post:

I can only speak to basketball at the youth and high school level, but assignors are struggling to get bodies. No one wants to take the abuse from parents and/or coaches. Everything is on film now and no matter what we do, we’re wrong. We don’t get paid enough to take most of the BS that comes with it. Every parent thinks their kid is getting a scholarship, it’s not happening for 99.9% of them! How about teaching kids sportsmanship and communication skills with teammates, coaches, umpires, referees. Instead, you have these psycho parents and coaches berating officials trying to make some gas money income for the week. It’s a joke.

Couple areas where sports in general could improve at the youth level:

1. Policies put in place where officials can automatically eject parents and/or coaches at the youth level from games for inappropriate behavior. Too many times site coordinators have the coach’s or parent’s back because that’s how they make their money. It’s bogus. These games couldn’t happen without us, so how about having our back?

2. Admin at schools having a zero strike policy for coaches getting 2 T’s in a game/ejected from whatever sport they’re in. One major issue on the court and they’re gone! Set an example and follow through with it. It’s about teaching kids how to be well-rounded people and accountable for their actions. If we let coaches run wild on the sideline, what does that teach them? Negative behavior can be rewarded??

3. Pay us more! If policies aren’t put in place from above, pay us more and we’ll take more abuse! Sounds terrible, but it’s true. We all have bills to pay and need to make money. It’s just a matter of how much BS we’re willing take!