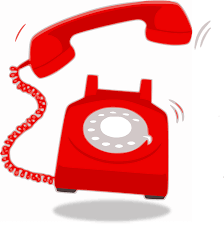 1. Apart From That, Mr. Brzezinski

At 3a.m. on 9 November 1979, [National Security Advisor Zbigniew] Brzezinski was telephoned at home by his military assistant, William Odom, who told him that he had just heard on his communications net that 200 Soviet missiles had been launched against the United States … He told Odom to put Strategic Air Command on stand-by. A few seconds later, Odom called again. He now said that NORAD had reported that 2200 missiles had been launched. Brzezinski rang off, got out of bed, took a deep breath, and was just about to place his call to the sleeping President and suggest a full-scale retaliation against the Soviet Union when Odom called for a third time. This time he reported that other warning systems had not picked up the launch of any missiles.

That, from 1983: Reagan, Andropov, and a World on the Brink, is an amuse-bouche for the tale of Stanislav Petrov, without whose insubordination I’d be writing on a cave wall, if at all.

I’d watched all of Deutschland 83, so I knew about Able Archer 83. It was this big NATO war game exercise, except the Warsaw Pact didn’t know about the game part. Jeepers!

I had not heard of FleetEx 83, though. That’s the time the US Navy more or less charged the Siberian coast with ships and planes. The idea was to gauge the Soviet military’s capacity to respond. I mean, I can see the logic up to a point…

That chapter on Petrov had a detail that intrigued me:

Also, although Petrov knew nothing of this, there were undercover agents in the American Midwest who would have reported back had any missiles been launched.

Who were these people? The Nebraskan Jennings? Farm hands with an unusual side hustle? That guy at base entrance who manned his hot dog stand no matter the weather?

There wasn’t a footnote, and my feeble search skills brought me nothing. Seriously, if anyone knows, please, tell me.

Anyway, all that was long ago. Let’s close today with the wisdom of that august speaker of truth, Yakov Smirnoff: “What a country!”