The other day I realized I didn’t know what civilization was, which ordinarily would not give much pause, for I am resigned to incomprehension regarding humanity, but the thing was I had to teach “civilization” as a vocabulary word. So I looked it up.

As ever with the Shorter Oxford, I get easily distracted, and this time among my diversions was the word chuckler.

Golly, it doesn’t mean what I expected: 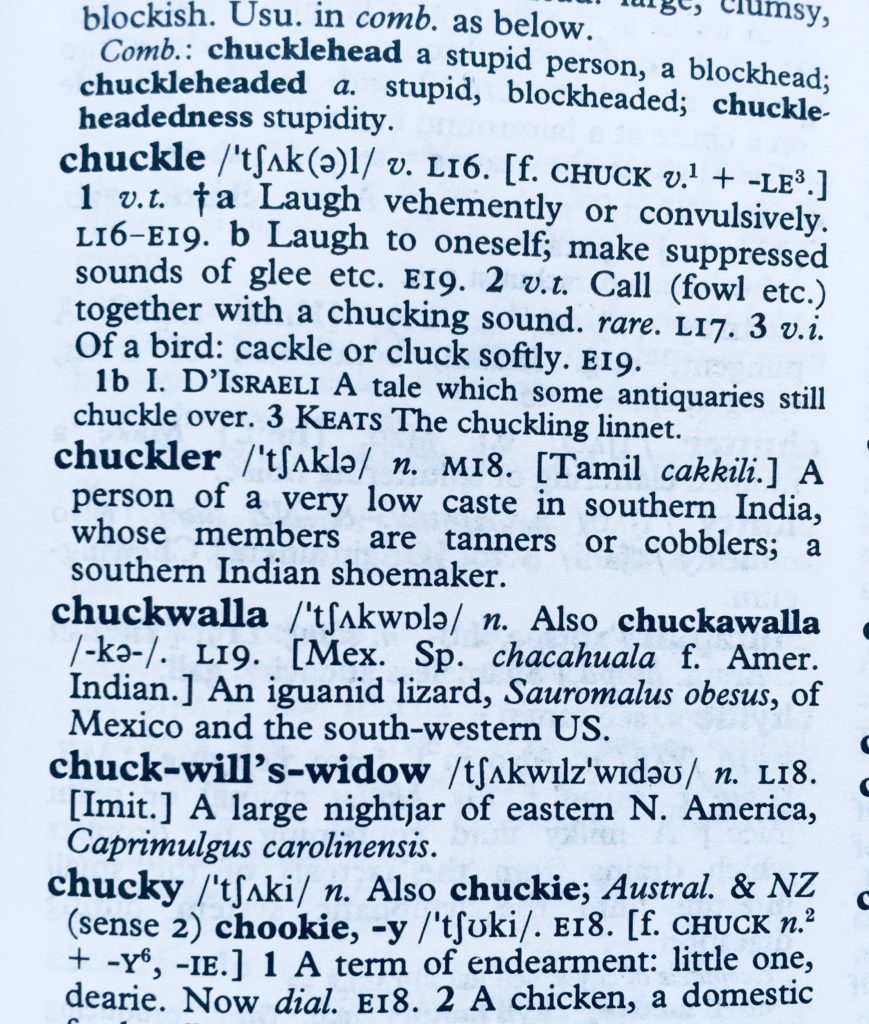 Naturally, my first thought was that The Chucklers would make an excellent band name, but Merciless Google says: too late.

The “very low caste” got me thinking, though. Just last week I was describing to a friend the following indignity: I take my dog for a walk, and he moves his bowels, and I stoop to collect the result.

But that’s not it: sometimes afterwards he kicks his hind legs to cover said result with some kind of dirt-flush, so I have to wait a bit before stooping. However, sometimes his hind legs do an unexpected reprise. More than once I have gathered dog feces while having dirt kicked in my face.

And the thing is, in English class I teach metaphor…