Monday I’m taking the latter class out to the football field to recreate this video, that they might see which has existed longer:

Well, it really puts perspective on things though, doesn’t it?

One of humanity’s better endeavors has been putting up those little free library boxes. There’s one at the playground, and I never cease to marvel at the volumes that find their way in. Last week I picked up The Timetables of History. 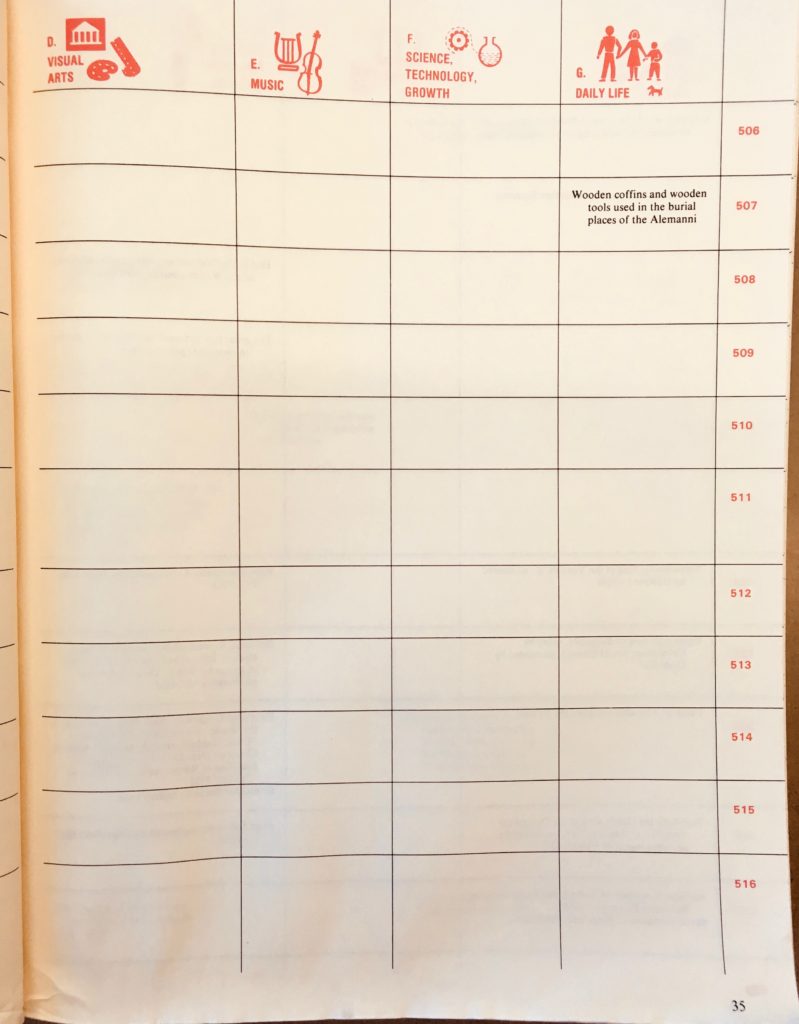 But in the 540s, daily life went downhill fast: 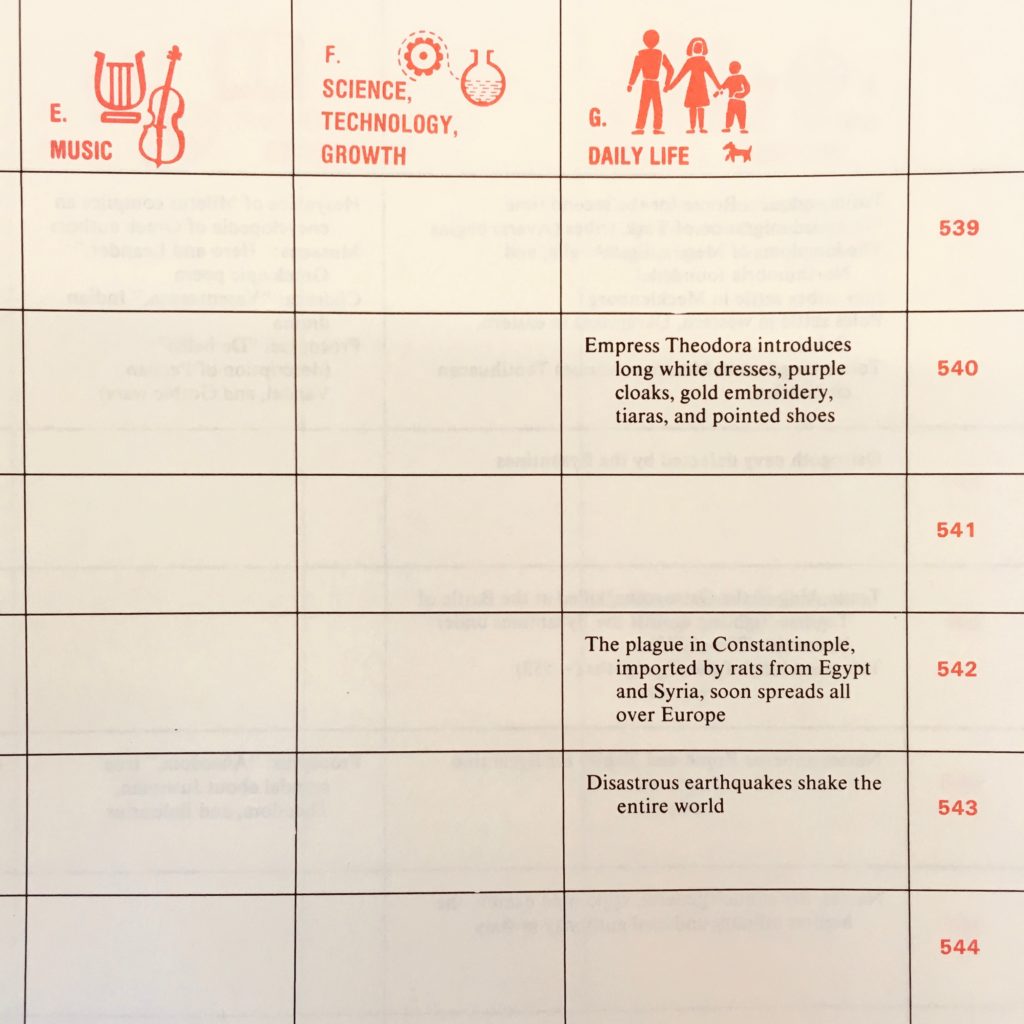