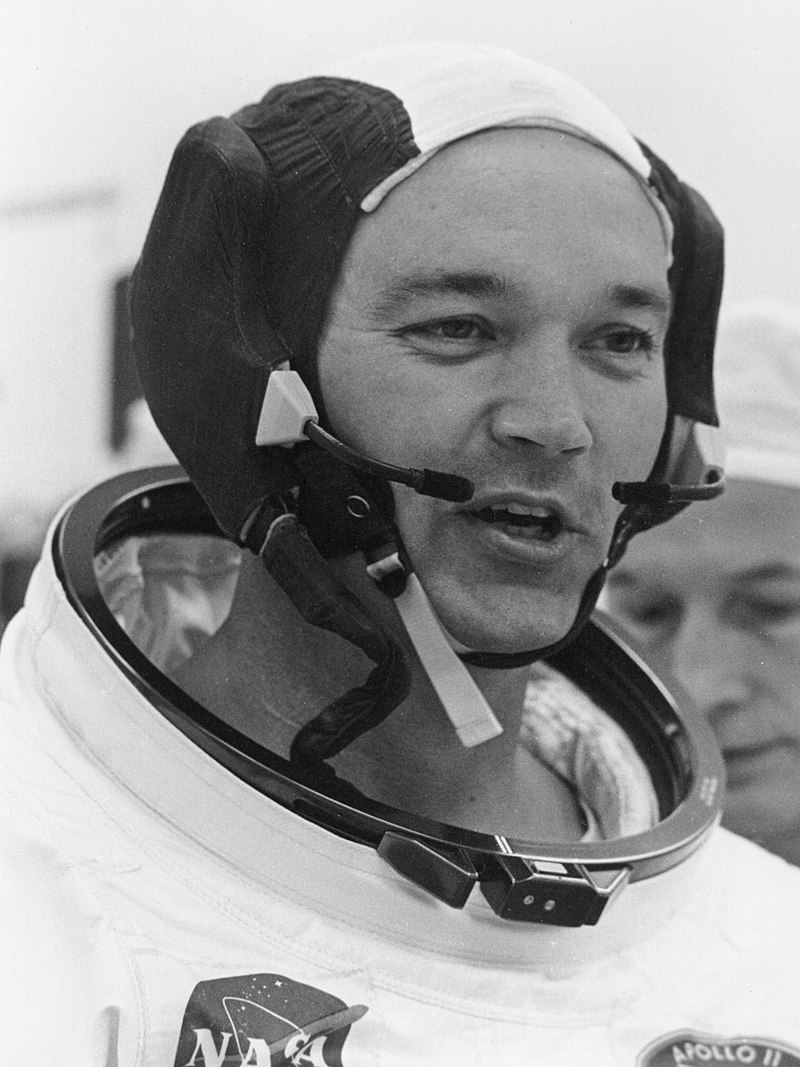 Michael Collins, who went to the moon with Neil Armstrong, is also a first-rate prose stylist with a natural feel for detail and a light touch for humor; his book sounds a lot like what you would expect if E.B. White had qualified as an astronaut and flown to the moon.

I’m only halfway through Collins’ memoir Carrying the Fire, but I’m here to tell you he writes better than lots of people for whom the pen is the day job.

E.g. on being the new guy thusly assigned the unwanted task of testing devices to slow jets upon landing:

Arriving at the appointed spot, a deserted runway ending at the lake bed’s edge, the new test pilot is quickly strapped into the oldest, most dilapidated jet he has ever seen, a model long since abandoned by even the South American air forces. Peering down through cobwebs and birds’ nests, he is shown the one and only shiny new gauge in the cockpit – the airspeed indicator, all-important in delivering a precise reading of the amount of kinetic energy (one half the mass times velocity squared) the engineer demands for a given test run. The engineer has consulted his slide rule, charts, computer, and astrologer, and screams up to the cockpit over the whine of the engine, which the sweating pilot has finally managed to start with laconic advice from a disgusted mechanic who obviously feels personally insulted by having been sent this imbecile. “Say… er… er… is it Collins? O.K., Collins, we need eight-two knots on this one, no faster please, Collins.” They need the name to put on the accident form.

Speaking of laconic, here’s what he has to say about the mortality rate of pilots during training (NB his prior stateside training for combat in Korea, not to be a test pilot):

It was a brutal process as well. In the eleven weeks I was there, twenty-two people were killed. In retrospect it seems preposterous to endure such casualty rates without help from the enemy, but at the time this risk appeared perfectly acceptable.

And of the extensive geology training for the moon missions, during which he descended the Grand Canyon on a less-than-cooperative burro:

Just as the jets had their tricks, so did this creature; it seemed I was perpetually more involved with the transportation system than with the use to which it could be put.

In the preface he writes:

If I have done my job properly, the reader will be able to pick up the book at any page and find something interesting going on, because that is the way Houston and the other space places were like in the sixties.

Would that all writers had such mission control.

PS among the dedicatees of the book is “Ferdinand E. Ruge, Master of English at St. Albans School in Washington, who taught me to write a sentence.” This teacher… uh, he’s got something in his eye.