The Greeks of the sixth century and earlier were intellectual pioneers. It was the first time that they or anybody else began, as one historian has put it, “to think of space, time, man, and the state in any clear and coherent manner.”

–David Fromkin, The Way of the World

I was at a party last night talking to a couple who mentioned some concerts they’d seen at a local arena. The man added that they’d also seen the Lipizzaner Stallions.

“Now that’s a name for a band,” I said, but they explained it was actually the horse show.

Anyway, when I got home, I picked up the New Yorker and started reading “The Risk of Nuclear War with North Korea.” Based on last night’s sleep, I probably should have read about dancing horses instead:

Brinkmanship, according to Thomas Schelling, the Nobel Prize-winning economist who pioneered the theory of nuclear deterrence, is the art of “manipulating the shared risk of war.” In 1966, he envisaged a nuclear standoff as a pair of mountain climbers, tied together, fighting at the edge of a cliff. Each will move ever closer to the edge, so that the other begins to fear that he might slip and take both of them down. It is a matter of creating the right amount of fear without losing control. Schelling wrote, “However rational the adversaries, they may compete to appear the more irrational, impetuous, and stubborn.” But what if the adversaries are irrational, impetuous, and stubborn?

Modest though my contribution may be, I owe it to the ancients to think about space, time, man, and the state in a clear and coherent manner. And so I ask:

How come you always hear about brinksmanship, but never a brinksman? Seems like The Brinksman should be a cool spy novel or a series about a Victorian rake or something. I could read it before bed. 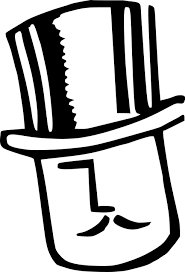 (Google informs me that, alas, The Brinksmen has been taken for a band name.)