Recent assertion of the unshakeable alliance between the United States and Poland reminds me of a previous demonstration of friendship between the two countries.

It’s from Alan’s War, the memoir of an American draftee in the Second World War. (The book is a masterpiece, not least because of its beautiful illustrations.)

Alan’s armored car crew had been joined by a hungry stray dog, who wouldn’t respond to commands in a variety of languages. Then one day the driver was building a bench. He accidentally banged his finger, and cursed in Polish. The dog perked up his ears and ran over, delighted to find a compatriot. 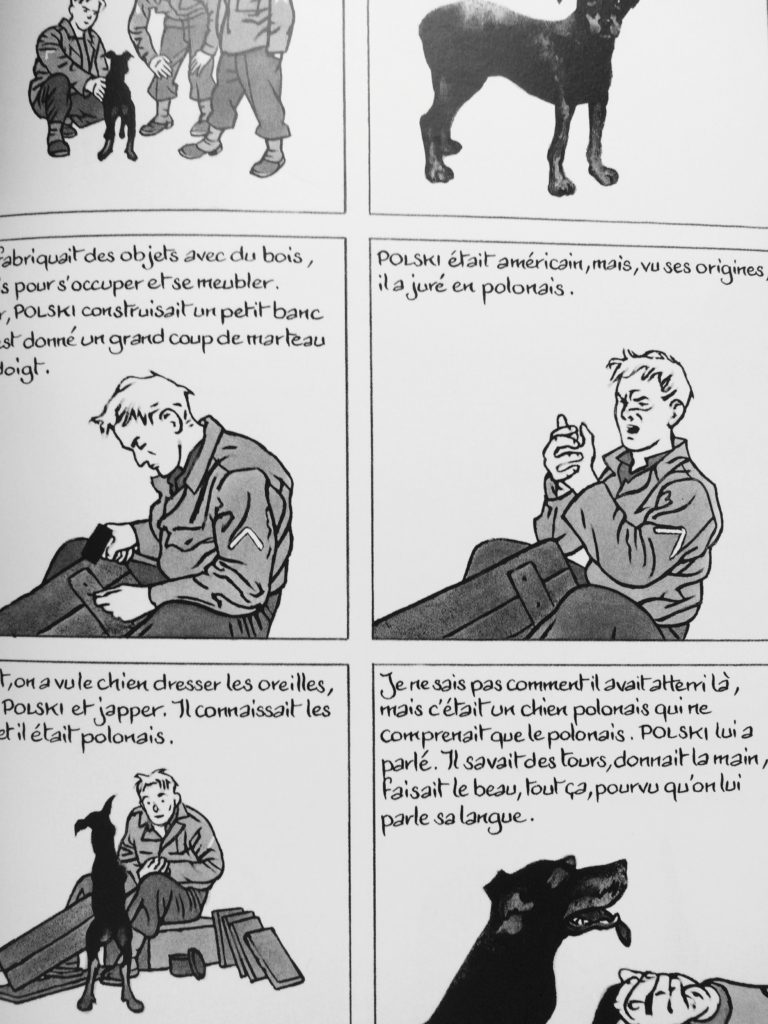 That tale of cursing and dogs reminds me of one of the more amusing incidents of my fatherhood. A couple of summers ago I was holding Twin 2 while summoning Roosevelt, a terrier distinguished by enduring and obstinate uncooperativeness. When he refused to come inside, Twin 2 piped up helpfully: “That damn dog!” 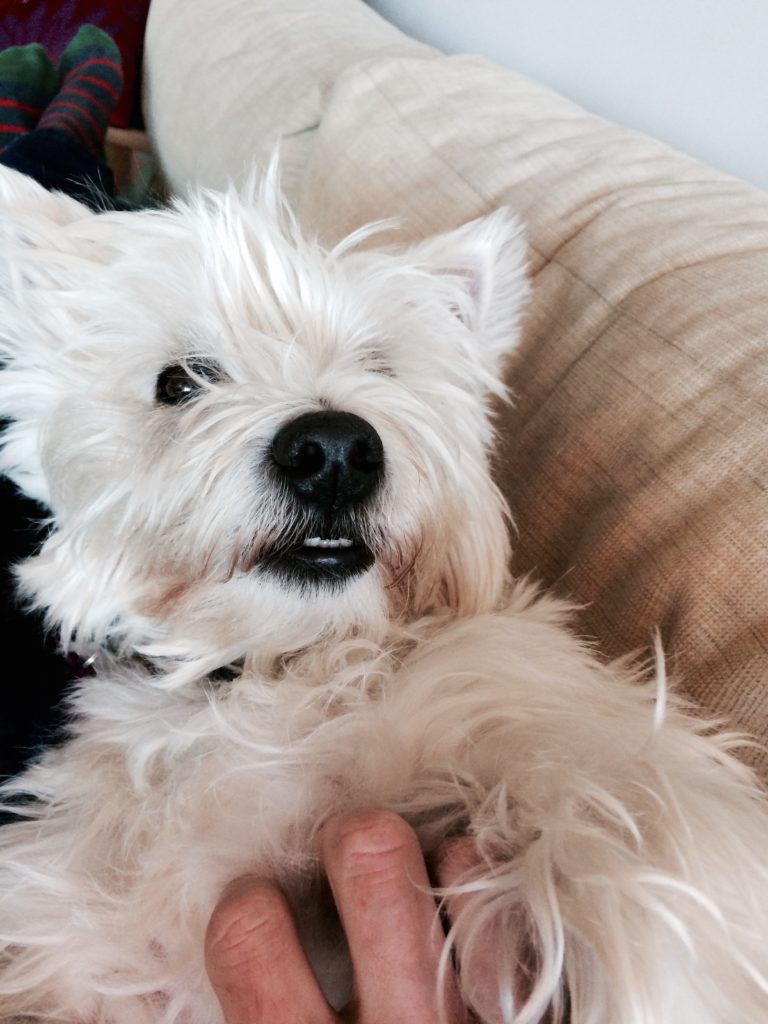 That tale of cursing and dogs reminds me of one the less amusing incidents of my fatherhood, the first time Twins 1 & 2 – then eight weeks old – were left in my sole care.

It started out OK, but they did become displeased by their mother’s absence. My efforts to console them were unsuccessful, and their displeasure grew to fury. They made quite a racket, so much so that Roosevelt ran into the room.

He stopped, however, at the door. I’m certain he stopped because he was surprised to find me there. I will never forget the tilt of his head and expression of inquisitive disbelief.

If dogs could talk, his (bowdlerized) query would have been: “Does your obvious incompetence, Sir, extend even to outright incapacity?”

And then the little guy hopped up on the couch and began licking their feet to calm them. He’s not without good qualities, that damn dog. 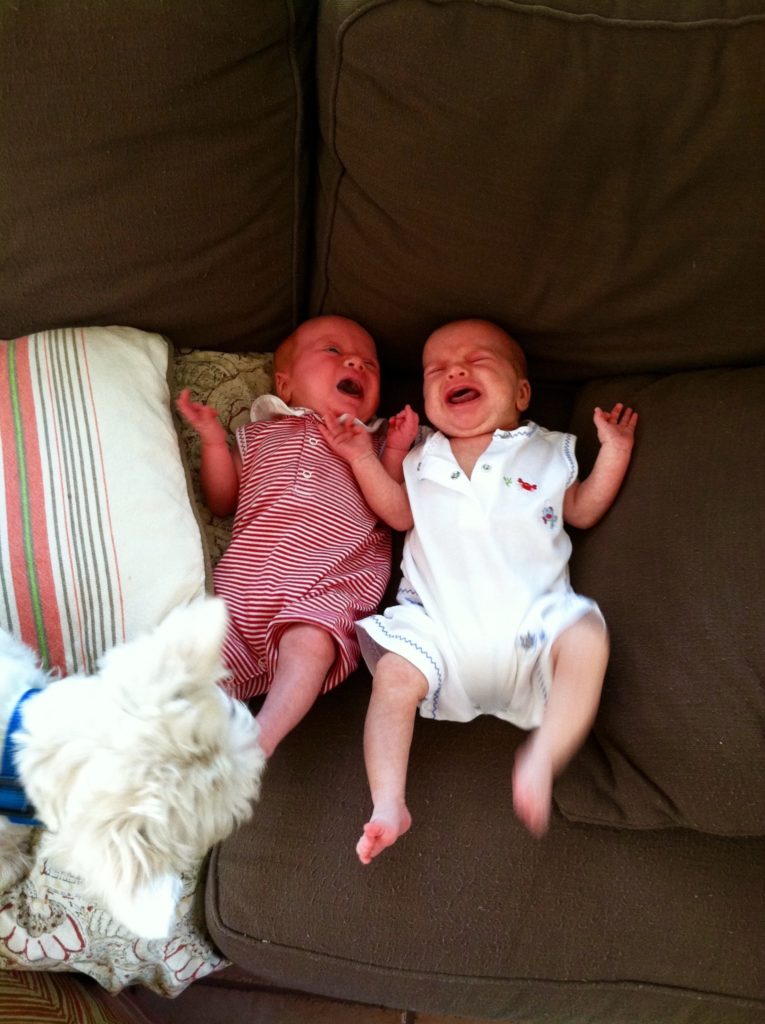