In a few months, more than 53,000 men died on the front, more than in the Korean or Vietnam Wars… the months of September and October were the deadliest in American military history, including the Civil War and World War II.

I read the above in Le Monde and thought: That’s incorrect.

A commenter said the same, but the author replied to confirm the statements. I haven’t the stomach to investigate tallies of combat vs non-combat deaths, so I’ll take his word for it. 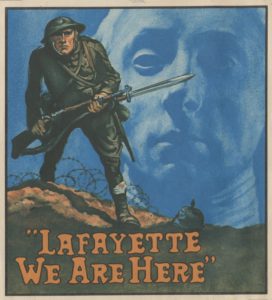 A few years back, suspecting that my high school grasp of World War One (roughly: Somme & Verdun & etc / Lusitania / AEF / Versailles) was perhaps insufficient, I read Hew Strachan’s The First World War. Turns out I was right. Golly, it was complicated.

But what struck me most about the book is that it contained very little mention of the United States. And I didn’t get the sense this was limey insolence on the author’s part; my fear is that – alas – a plausible concise history of the Great War can be written thusly. 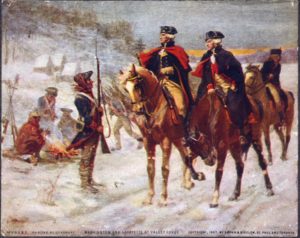 The United States World War I Centennial Commission conceived it as a “heads of state” event and invited foreign leaders from Europe to Australia, said commission member Monique Seefried.

France’s president didn’t show up to Thursday’s ceremony, nor did any other heads of state. Apparently ours didn’t even RSVP.

I know America is not now best placed to instruct others on diplomacy – and that if it weren’t for France we’d be drinking tea, curtsying, and speaking English –  but it’s a shame this is the state of affaires.

PS speaking of matters lamentable, I didn’t know about Karl Muck, or that twenty-nine members of the Boston Symphony Orchestra were interned. Plus ça change…